Top Things to do in Skopje North Macedonia 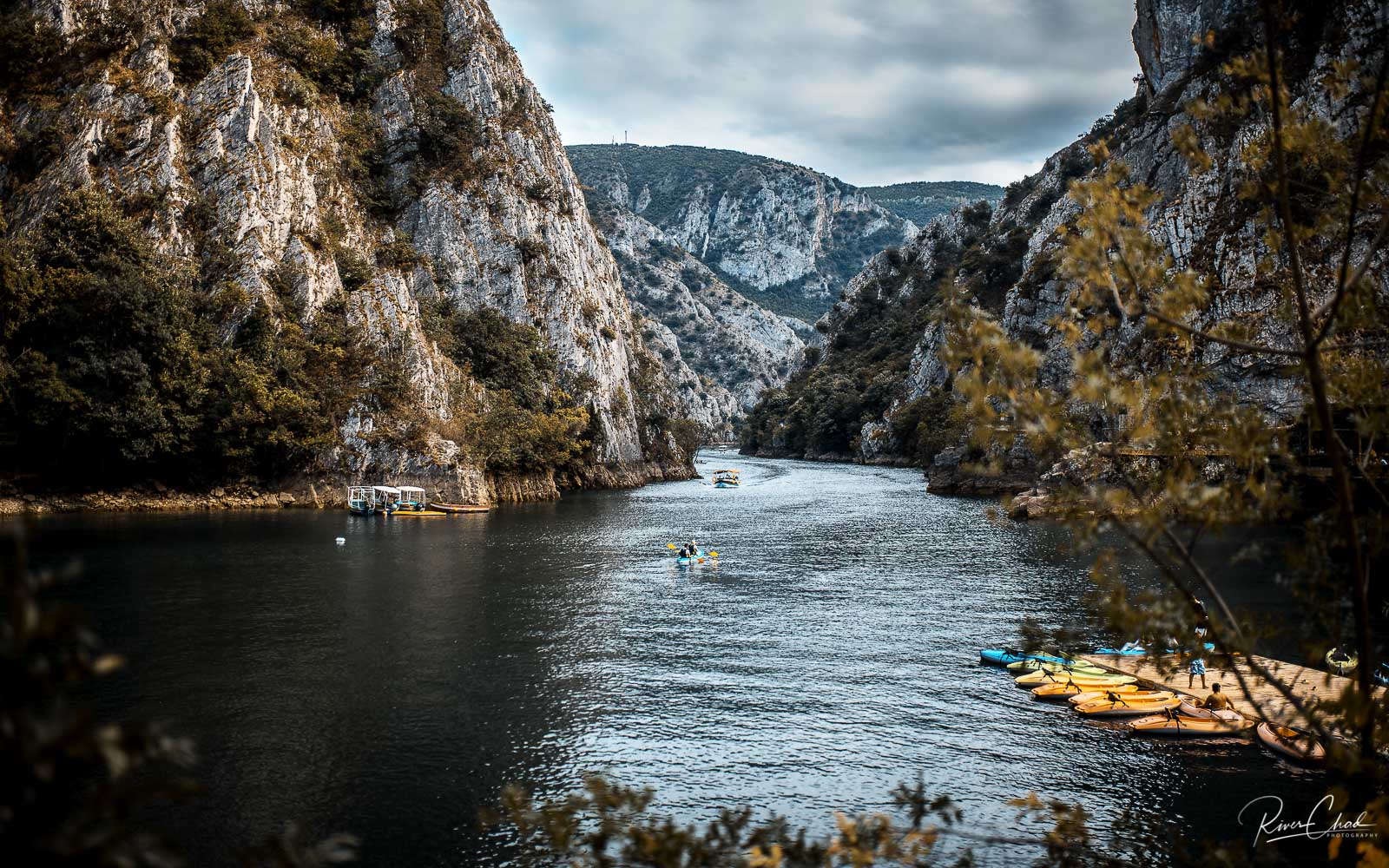 Recently, I visited Skopje (pronounced as ‘skawp-ye’) in North Macedonia.  Skopje is part of my Balkan Road-trip Itinerary and basically it was my first stop. I flew directly to Skopje from Dubai with Flydubai. Flydubai flies to Skopje every three days, the flight took approximately around five hours. So if you’re based in the United Arab Emirates, try to consider Skopje as your next destination!

Skopje, the capital of North Macedonia is located in the Balkan Peninsular. Some of the highlights of this capital are their countless giant statues, magnificent canyons, breathtaking mountains, deep caves and ancient towns with Ottoman and European architecture.

Filipino citizens and some other nationalities can visit North Macedonia without having to apply for a North Macedonian Tourist Visa if they are holding a valid unexpired multiple entry Schengen Visa, UK Visa, USA Visa, or Canadian Visa.

Going back, so I arrived in Skopje Alexander the Great Airport, Skopje’s main International Airport. It’s a pretty compact airport, so I managed to get to the passport-control desk immediately after disembarking. For some reasons, the immigration officers are ‘very very very’ strict with visitors who are possessing a third-world passport-unfortunately, that’s including me, so they held me on the side together with some other people while they let other people(obviously people with strong passports) pass with ease. How humiliating ey’?

So after they’ve finished letting everyone through, some officer went back to interrogate us furthermore individually. They just asked the basic questions like what is the purpose of visit, the next destination after, etc. Thank goodness I was traveling with my very good friend, Tom, who is a Scottish Expat based in Dubai. The officer might have noticed that we were traveling together so he just asked to confirm if we we’re traveling together, and we said ‘yes’ and there goes the funny part- the officer faced Tom and started asking questions about me, right in front of me as if I wasn’t there. And when I tried to interrupt to answer some of the questions, the officer just ‘sssshhh!’ me with a hand gesture to literally tell me to shut the F*** up haha. After Tom answered some of his questions, then the officer was convinced that our sole-purpose was just for tourism, so the officer gave my passport back to me with an entry stamp.

In my case, I used my valid Schengen Visa to gain entry, although I could’ve used my Canadian Visa, but still, despite having different visas from highly-industrialized countries, the decision will still be upon the immigration officer. Sometimes, I really cannot blame them for being so strict, especially with people who are holding a passport from countries with a very bad reputation of overstaying in another territory.

The key is to keep your cool whenever you are going through passport-control and facing immigration officials. As long as you are brutally honest with your intention of visiting a place, then I think there is nothing to worry about. They might held you for some reason, but that is just for their own security.

Well, That wasn’t a warm welcome, but that definitely didn’t stop me from discovering some of the great things that this City has to offer.

Well, in this article, I will be discussing some of the main highlights of Skopje. Places I’ve seen and activities which I have done in this beautiful city that I highly recommend.

Top Things to See and Do in Skopje

Canyon Matka is basically one of the main highlights of Skopje. It is one of those places which you shouldn’t miss when you are visiting Skopje and it’s pretty much easy to get there from town. From the city center, you can take a taxi directly to Canyon Matka for less than 10 euros, the same is with going back from the canyon to the city center. I highly suggest people who intend to visit Canyon Matka to spend at least three hours exploring this gem to actually admire its beauty from every angle.

When in Canyon Matka, consider taking a boat tour to Vrelo Cave. Vrelo Cave offers different rock structures like stalagmites and stalactites and is believed to be the the deepest underwater cave in the whole world. Definitely a must visit place when in Canyon Matka. Other option to get to this cave is through kayaking, so if you are feeling adventurous, rent a kayak and paddle your way to Vrelo Cave. The boat ride only costs around 400 Macedonian Denar (around 5 Euros) per person while the kayak rent is around 200 Denar, so quite affordable.

Macedonia Square is North Macedonia’s main square. It is one of the famous spots in Skopje. A giant statue of Alexander the Great on a horse can be seen here. The square also has fountains which is usually filled with joyful children playing with the water. The music played that is heard from this monument complements the whole atmosphere of beauty in Macedonia.

Located near Macedonia Square, this bridge can easily be reached by foot. This bridge connects the old and new part of the town. The bridge is also less frequently known as the Dušan Bridge after Stephen Dušan, Emperor of Serbia. Come and see it during dusk to admire its beauty with the colorful Macedonian sunset in the background.

Stunning piece of architecture! That’s how I describe the Museum of Macedonia. It is situated on the other side of the Vardar River and it can easily be reached from the main square. Definitely a place to go if you wanna see some artifacts and different historical collections being exhibited or simply if you wanna know the in-depth history of North Macedonia.

Vardar River is what separates the old and new part of Skopje. Along the banks are countless cafes and pubs that offers both local and international cuisines. Take a stroll at the Vardar River during sunset to admire its lively vibe and to appreciate its real beauty with the colorful sunset reflecting on its waters.

One of my favorite things to do when visiting a city is to explore its old town.  Skopje’s old town didn’t disappoint, I pretty much just wandered around and admired its beauty. Here you can find countless souvenir shops, so a must-go place when you intend to take some souvenirs home. If you’re feeling hungry, the old town is home to several local restaurants where you can taste local cuisines.

Go on a day-trip to Pristina in Kosovo from Skopje

I will be discussing my experience in Kosovo in a different blogpost though I just wanna highlight it here that you can pretty much go on a day-trip to Kosovo’s capital Pristina from Skopje as they are pretty much located quite near each other. The travel time from Skopje to Pristina takes around 2 hours, including the time it takes to get through passport control at the border. Buses from each city departs every hour, and one way ticket costs around 6 Euros.

The currency they use in Kosovo is Euro. So if you are not going for a day-trip and you’re leaving North Macedonia to Kosovo and not coming back, then I highly suggest that you change your remaining Macedonian Denar to Euros as most exchange centers in Kosovo doesn’t accept Macedonian Denar for some reasons.

Have you been to Skopje? How was your experience? Share it with us through the comment section below.

New to the Blog? Click here to get to know me more.

Like Loading...
← Top Reasons to Visit Philippines | Best Places to See | Best Island in the World
Things to do in Cappadocia, Full-day Itinerary, Green Tour Info →

6 Comments on “Top Things to do in Skopje North Macedonia”